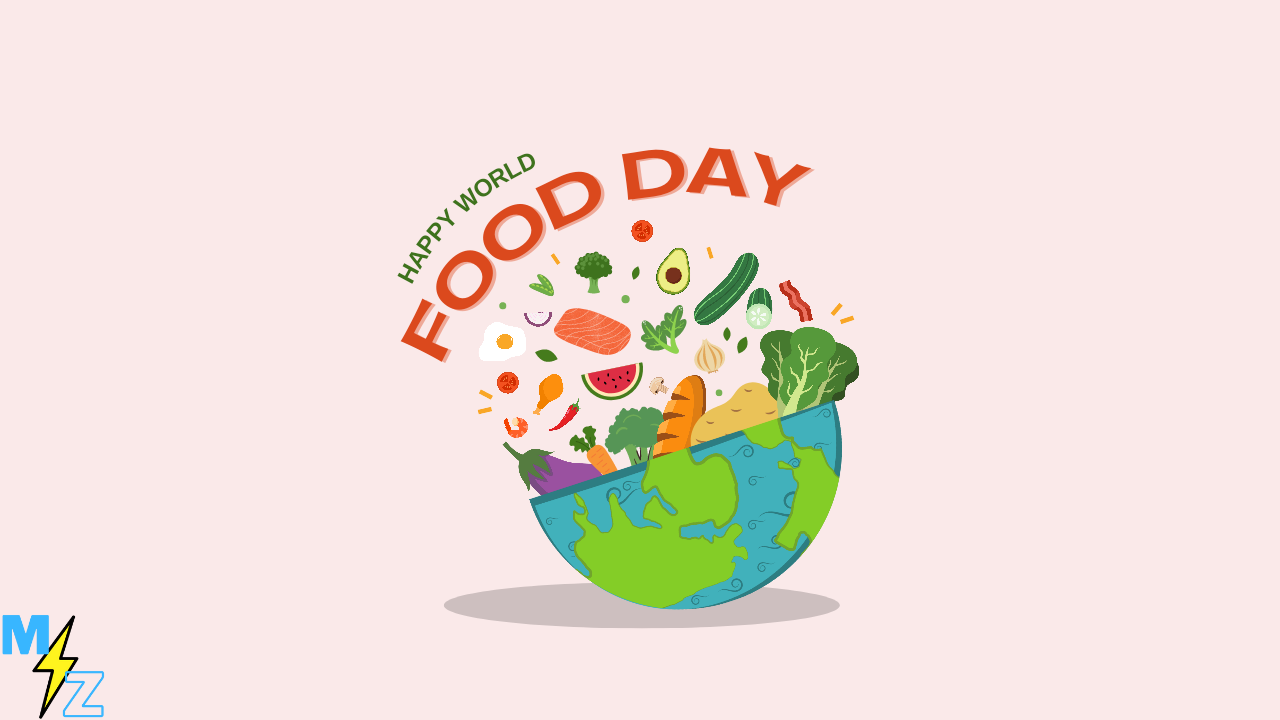 Food is considered a basic human right, yet one in nine people in the world suffer from chronic hunger, which is very sad and alarming for the future of our world and therefore needs to be addressed. As early as 1945, the United Nations recognized that food was not a privilege, but a right, so everyone deserves this fundamental right to live!

World Food Day is celebrated on October 16 every year. The day is widely celebrated by many other organizations concerned with hunger and food security, including the World Food Programme, the World Health Organization and the International Fund for Agricultural Development.

Food has been a source of life for all living beings on our planet. Without food there is no life, it’s as simple as that! Food has also played a central role in the exchange of culture across the world through trade since ancient times. So much so that today each culture and each country in the world has its own specific cuisine. Thus, food has always been one of the most traded commodities in our world. After the formation of the United Nations in 1945, it was decided that food would be considered a basic right to life and that no one should ever be deprived of it as it would be a crime against humanity.

World Food Day was created in 1945 by the Food and Agriculture Organization of the United Nations (FAO), a specialized agency of the United Nations. But it would be another 34 years before it was recognized as a world holiday at the 20th FAO conference in November 1979. The Hungarian delegation, led by the former Hungarian minister of agriculture and food, the Dr Pal Romany, played an active role in the 20th Session of the FAO Conference and suggested the idea of ​​celebrating this day worldwide. Following this, 150 countries celebrated the day once it gained official recognition by the United Nations.

The fundamental principle behind World Food Day celebrations is to get things done to ensure food security around the world, especially in times of crisis. The launch of the Food and Agriculture Organization of the United Nations has played a huge role in achieving this laudable goal. This day aims to raise awareness of the crucial need for successful agricultural policies to be implemented by governments around the world to ensure our world’s food security so that there is enough food available for everyone in this world.

In recent years, World Food Day has used its annual day of celebration to focus on different aspects of food security and agriculture, including fishing communities, climate change and biodiversity. As since 2014, the popularity of the day has been used to promote the idea of ​​feeding the world and eliminating poverty from our world, especially in rural countries.

Since 1981, World Food Day has adopted a different theme each year to highlight areas for action and provide a common goal. FAO has awarded World Food Day medals each year to commemorate and promote this anniversary. Most of the themes revolve around agriculture because only investments in agriculture with support for education and health can reverse this situation.

The importance of food is obvious and essential. A healthy diet provides us with the nutrients and energy needed to develop and grow, to be active and healthy, to move, play, work, think and learn. Food is directly related to our body and our mental and social health because each food or liquid contains particular nutrition such as carbohydrates, proteins, vitamins, minerals, fats, etc., which are very necessary for our physical and mental growth.

Some foods are derived directly from plants, but even animals are also used as food sources that are picked up by feeding on plant foods. Some foods are not directly obtained from animal or plant sources, they are obtained from various edible fungi, especially mushrooms. Fungi and ambient bacteria are used in the preparation of fermented and pickled foods like sourdough bread, alcoholic beverages, cheese, pickles, etc.

Today, the majority of the dietary energy needs of an ever-increasing world population is supplied by the industrial food industry, which produces food through intensive agriculture and distributes it through complex processing and distribution systems. food. This system has been very successful in our world in terms of making all types of food very affordable and accessible anywhere in the world. But despite so much progress, we still see that a large number of people in our world are still hungry, thus showing the inequality of our world.

Our planet currently produces enough food to feed every person on the planet. However, it is estimated that about 1.3 billion tons of food are lost or wasted every year in our world, which is about 20% of the total food produced in a year and if this food is conserved, it can feed every hungry person in our world. So this day also aims to raise awareness of the problem of food waste. How much we don’t realize how important food is! There are millions of people in our world who are severely lacking in this basic food necessity and here we waste tons of food every year. So we have to be much more careful about this.

Millions of people around the world continue to suffer from the health consequences of malnutrition, which damages growing bodies and brains. This is why these affect their immune system which makes them prone to various diseases and also makes them physically weak so that they become useless for any work. Food is something very important for your health without it you will not be able to live long and without it you will live a very precarious life full of suffering. This day therefore aims to encourage people around the world to come forward and help those facing a serious food crisis for the good of humanity.

Each year, a specific theme is defined on the occasion of this day with a precise objective on which to concentrate for this year. The theme for World Food Day 2022 is “Leave NO ONE behind.”

Although we have made progress towards building a better world, too many people have been left behind. People who cannot benefit from human development, innovation or economic growth. In fact, millions of people around the world cannot afford healthy food, putting them at high risk of food insecurity and malnutrition. But ending hunger isn’t just about supply. Enough food is produced today to feed everyone on the planet.

The problem is access to and availability of nutritious food, which is increasingly hampered by multiple challenges, including the COVID-19 pandemic, conflict, climate change, inequality, rising prices and international tensions. All over the world, people are experiencing the domino effects of challenges that know no borders. This theme therefore encourages people and governments around the world to focus on solving these challenges.

1. When is World Food Day observed?

World Food Day is celebrated on October 16 every year.

2. What is the main source of our food?

Plants and animals are the main source of food for all organisms on earth.