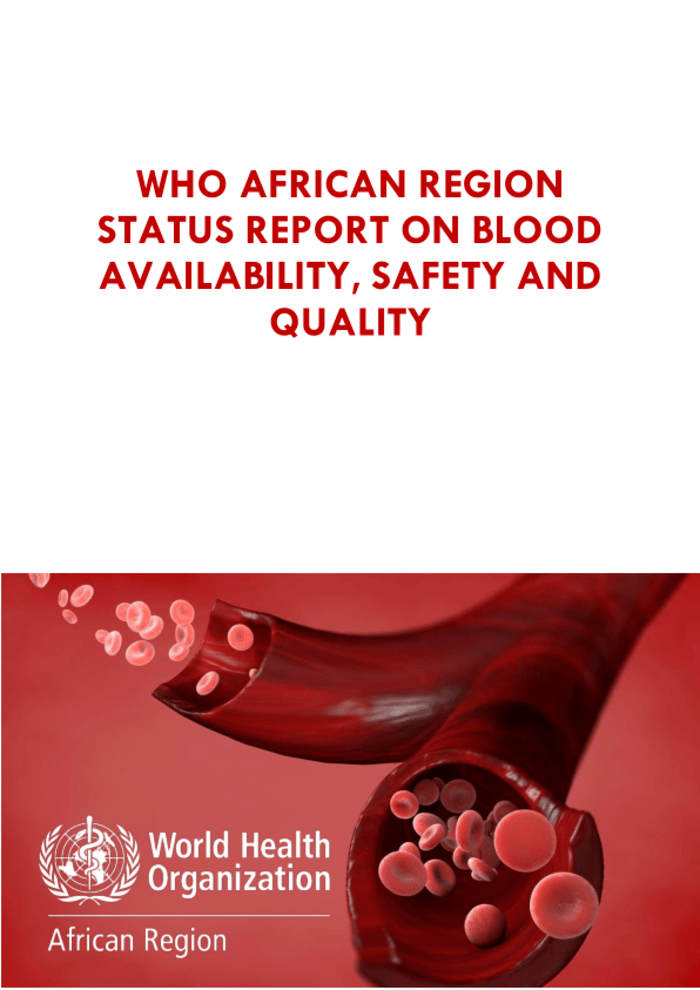 The World Health Organization (WHO) Global Report for the year 2019 indicates that Sub-Saharan Africa (SSA) has a very high Maternal Mortality Rate (MMR) with a 2017 point estimate of 542 (IU 498 to 649) maternal deaths per 100,000 live births, representing approximately 66% of estimated maternal deaths globally. Despite recent improvements, current analyzes confirm that millions of mothers and children still die each year due to severe anemia due to insufficient blood supply. Lack of blood to treat severe perinatal hemorrhage contributes to 72% of maternal deaths (2,3). Similarly, delayed transfusion has been associated with increased infant mortality in cases of pediatric anemia associated with malaria (4,5). Indeed, safe and reliable blood and blood products are still not available to many people living in the world’s poorest countries, particularly in SSA. Although the need for blood is universal, there is a significant imbalance between developing and industrialized countries in access to safe blood. In 2016, the WHO GDBS revealed that less than five units of blood were donated per 1,000 population in many African countries, far below the estimated need of 10 units/1,000 population per year.