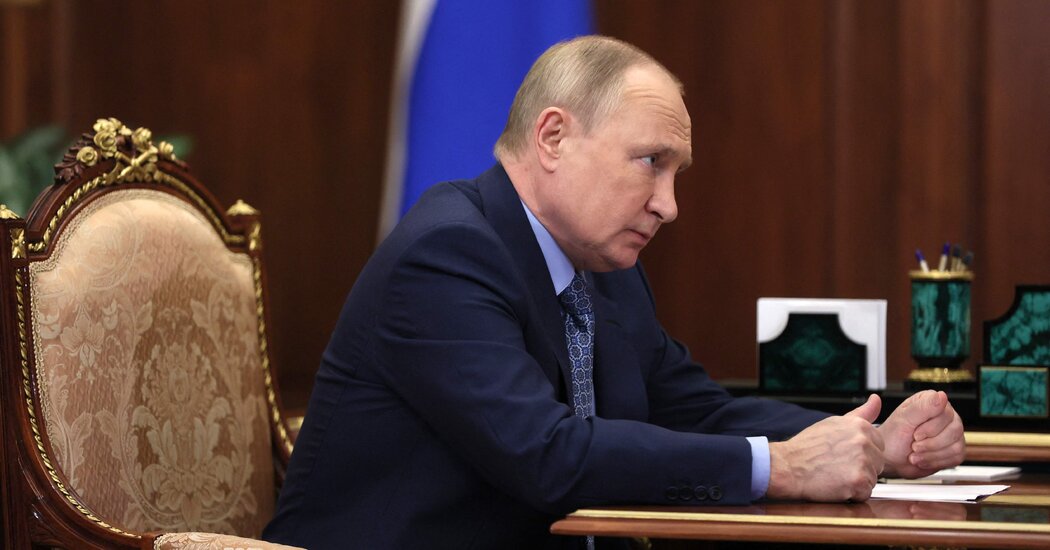 Another attack took place on February 24, the day Russia invaded Ukraine, when hackers took Viasat offline. The attack flooded modems with malicious traffic and disrupted internet services for several thousand people in Ukraine and tens of thousands of other customers across Europe, Viasat said in a statement. The attack also spread to Germany, disrupting the operation of wind turbines there.

Viasat said the hack was still under investigation by law enforcement, U.S. and international government officials and Mandiant, a cybersecurity firm it hired to investigate the matter, and that he did not attribute the attack to Russia or any other state-backed group.

Push for more penalties. European leaders are considering a ban on buying Russian coal and a ban on Russian ships in European ports. If approved, the measures would be the toughest the bloc has enforced so far. The United States is also expected to impose broad sanctions on two Russian banks.

On the ground. Russia has almost completed its withdrawal from the vicinity of kyiv and is preparing for intensified assaults against eastern and southern Ukraine, according to military analysts. Russian forces continued to shell the southern city of Mariupol,

But senior US officials said all the evidence suggested Russia was responsible, and SentinelOne security researchers said the malware used in the Viasat attack was similar to code linked to the GRU. The United States has not officially named Russia as the source of the attack. but should do so as soon as several allies join the analysis.

At the end of March, a cyberattack again disrupted communication services in Ukraine. This time the attack focused on Ukrtelecom, a telephone and internet service provider, knocking the company’s services offline for several hours. The attack was “a continuing and escalating nationwide disruption of service, which is the most severe on record since the Russian invasion.” according to NetBlocksa group that tracks internet outages.

Ukrainian officials believe Russia is most likely responsible for the attack, which has not yet been attributed to any particular hacking group.

“Russia was interested in cutting off communication between the armed forces, between our troops, and this was partially successful at the very beginning of the war,” said Victor Zhora, a senior official with Ukraine’s cybersecurity agency, the Security Service. ‘State of Special Communications and Information. Protection. Ukrainian officials said Russia had also been behind attempted disinformation about a surrender.

In the United States, officials fear that similar cyberattacks could hit critical infrastructure companies. Some leaders said they hoped the federal government would provide funding for cybersecurity.