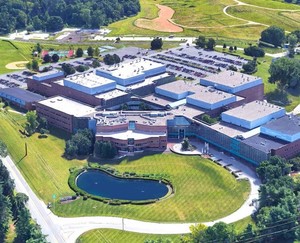 SK is stepping up efforts to become a global cell and gene therapy (CDMO) contract development and manufacturing organization.

The company said on Sunday that it had become the second largest shareholder in CBM, a US CDMO specializing in cell and gene therapy, by investing $ 350 million (around 420 billion won) through SK Pharmteco.

CBM has R&D capabilities on plasmid and viral vectors, key raw materials for cell and gene therapy. A plasmid is the DNA that bacteria possess outside the cell nucleus, and companies can introduce a plasmid into the human body by inserting a therapeutic gene into it. Plasmid and viral vectors have recently gained attention due to their use in the development of Covid-19 vaccines.

According to Deloitte, a global consultant, the cell and gene therapy market is expected to grow at an average annual rate of around 25% through 2025, overtaking antibody therapy, currently the largest biopharmaceutical market.

Over the past five years, SK Corp. laid the foundation to become a major player in the CDMO market through mergers and acquisitions (M&A) in major pharmaceutical markets around the world.

Following the acquisition of the Bristol-Myers Squibb manufacturing facility in Ireland in 2017, the company acquired AMPAC, a US CDMO for active pharmaceutical ingredients (API) in 2018, and Yposkesi, a French CDMO for cell therapy and genetics, in 2021..

Thanks to these acquisitions, SK has already established itself as one of the top five CDMOs in the world in the field of chemical and synthetic drugs.

“We believe that the partnership between the two companies will go a long way in obtaining approval and bringing to market thousands of new therapies,” said Brian O’Neill, president of CBM.

Lee Dong-hoon, Director of SK’s Bio Investment Center, also said, â€œWith CBM’s investment, the company has secured the core of CMO’s financial scenario of completing the synthetic business value chain and biopharmaceuticals in the main bases in the United States, Europe and Asia by 2025. “

Lee added that the company will be reborn as the world’s leading cell and gene therapy CDMO through intensive promotion of CDMO’s business.