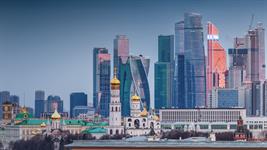 CHICAGO: The network of affiliated agencies PROI Worldwide has suspended its partnership with the Russian agency SPN Communications.

PROI’s international board said it had decided to put the relationship on hold due to Russia’s invasion of Ukraine, as well as to “serve the best interests of the majority of PROI’s partners and customers”. PROI,” he said in a statement.

PROI Worldwide consists of 80 independent PR and communications agencies in over 55 countries.

Earlier this week, Edelman temporarily ceased working with PRT, its affiliate agency in Russia; and Ketchum divested its Russian operations, affecting the agency’s majority office in Moscow, which will no longer be part of its network. Parent Omnicom Group later said it would pull out of Russia as well.

Publicis Groupe also withdrew from Russia and transferred ownership of its agencies to local management with immediate effect. Publicis owns the public relations network MSL, as well as the consulting firm Kekst CNC and the public affairs magazine Qorvis.

WPP, which owns public relations firms such as BCW, Hill + Knowlton Strategies and Ogilvy PR, also said on March 4 that it was closing its wholly-owned operations in Russia.

In total, more than 400 companies have announced their withdrawal from Russia, according to a list compiled by the Yale School of Management. Other companies, such as Burger King, Subway and Marriott cannot pull out of the country due to complicated franchise agreements.