Otis Worldwide (NYSE: OTIS – Get an Assessment) was upgraded by Barclays investment analysts from a “weighted” rating to an “overweight” rating in a note to investors released on Tuesday, reports The Fly. The brokerage currently has a price target of $82.00 on the stock. Barclays’ target price indicates a potential upside of 11.01% from the current share price. 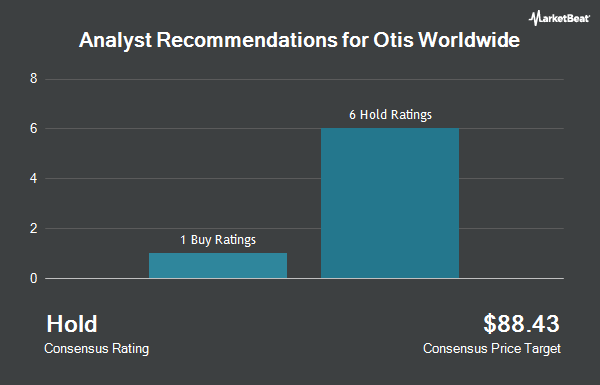