OIC adopts Istanbul Declaration to combat Islamophobia in the world 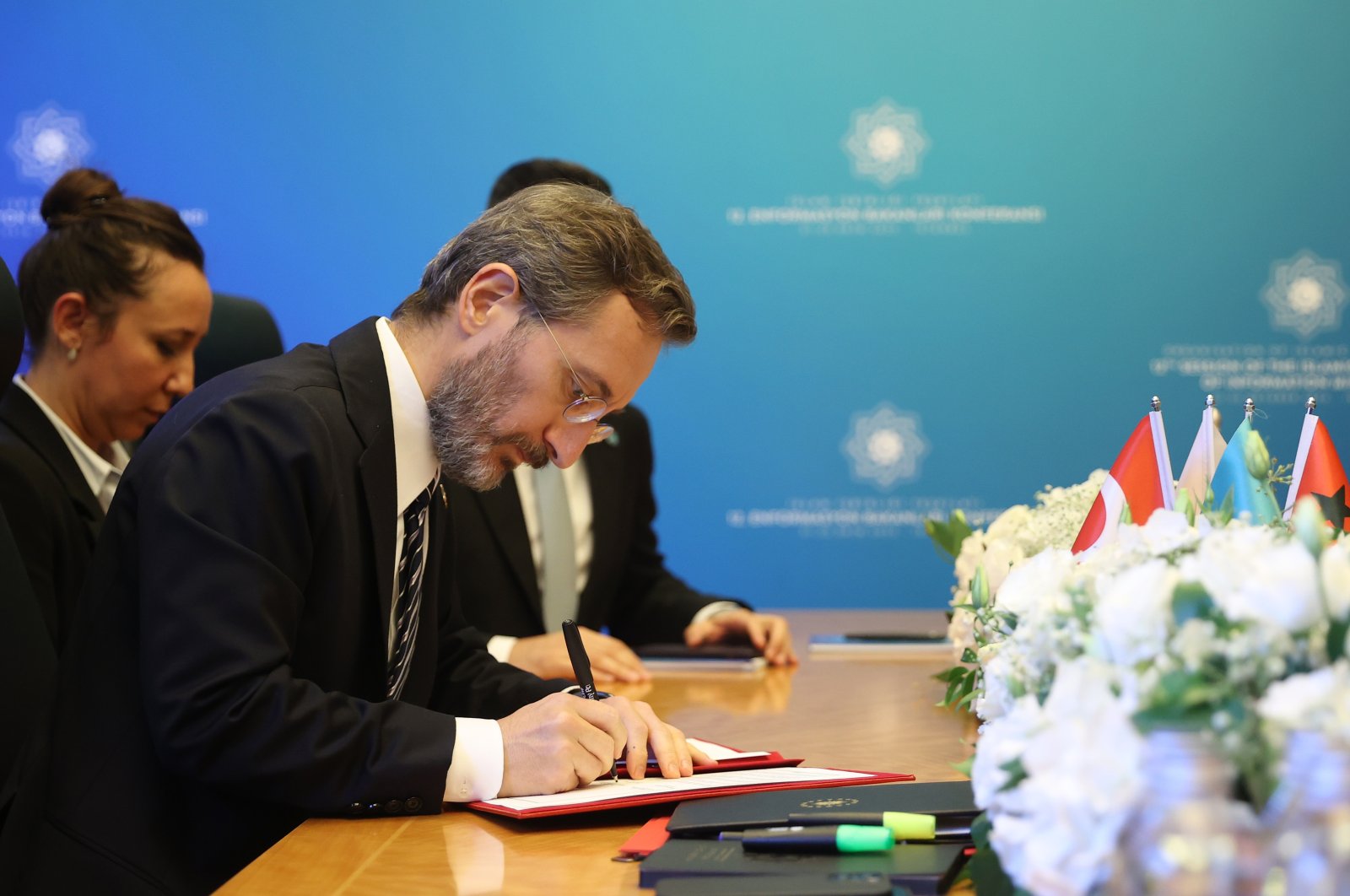 OIC adopts Istanbul Declaration to combat Islamophobia in the world

The Organization of Islamic Cooperation (OIC) has adopted a statement to combat disinformation and Islamophobia, Türkiye Communications Director Fahrettin Altun said on Saturday after the two-day conference of the OIC. organization held in Istanbul.

“Without a doubt, disinformation and Islamophobia are part of the strategies used by the established colonial order in the context of media and information on the international scene.

“Therefore, we must wage an effective and multidimensional struggle in solidarity against this colonial order. For this reason, we have accepted the Istanbul Declaration at our conference today,” Altun told a conference release following the 12th Conference of OIC Information Ministers.

During the two-day conference in Istanbul, ministers and high-level representatives from 57 countries discussed several issues, seeking to deepen cooperation in the fields of media, communications and information in the Islamic world. .

The conference, held under the theme “Combating Misinformation and Islamophobia in the Post-Truth Era”, aimed to develop and strengthen cooperation of Islamic countries in the field of media and communications.

The Istanbul Declaration, Altun said, was adopted at a critical time when countries are struggling against Islamophobia.

“In the statement, we highlighted the importance of tackling systematic misinformation in the digital age we live in.

“We have highlighted the threat that disinformation activities and fake news pose to the security of individuals and countries, as well as to the Muslim community and minorities around the world.”

“We have expressed a willingness to give more coverage to Israel’s illegal actions in Jerusalem in member state media and to share more with the international public the grievances of the Palestinian people against Israel’s propaganda activities,” he said. he added.

Formation of an international channel under the OIC

In the Istanbul Declaration, members reiterated that the Islamic world unanimously condemns all forms of violence, extremism, radicalism and terrorism, Altun said.

“We agreed that the OIC General Secretariat should organize social media campaigns that reject terrorism, violence and extremism and call for dialogue and coexistence.”

Altun also said he decided to form an international channel within the framework of the OIC to promote the activities of member countries and related institutions.

“As part of the organization, we have decided to establish a roadmap through the General Secretariat for the establishment of an international channel and the financing of this channel,” he added. .

During the conference, a Saudi representative handed Türkiye the chairmanship of the OIC Conference of Information Ministers.

Altun said that Azerbaijan will host the next conference of information ministers.

Keep up to date with what is happening in Turkey, in its region and in the world.