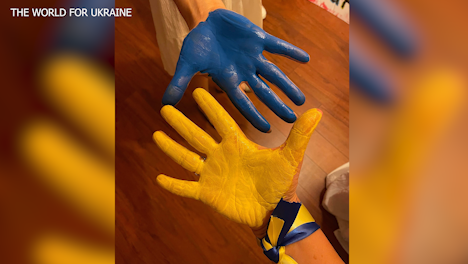 MYRTLE BEACH, SC (WBTW) — The world for Ukrainea local non-profit group, has now collected nearly $1 million in medical supplies, toiletries, clothing and other items that are being sent to soldiers and civilians nationwide.

Anastasiia Sliuraneko, one of the founders of The World for Ukraine organization, started the group to help save lives. So far they have raised $998,000.

“Millions of lives must be saved,” she said.

Sliuraneko said people here are having an impact in Ukraine. Every donation, social media share, or rally participation allowed the group to focus on the substantive details.

“To be able to be even more productive,” she said. “Every little bit counts.”

Ukrainian soldiers have received the supplies, but they still need medical equipment, clothing and shoes.

“They need more, [the] the boys must be saved today,” she said.

Sliuraneko referred to soldiers fighting for their lives, their families and their land. At present, soldiers sheltering in a steel plant in Mariupol are trapped in the rubble of the building after Russian forces attacked it.

“Now they’re just…buried alive,” she said. “They need help from all over the world just to be evacuated.”

She said you can help in many ways.

“People can talk to their local governments,” she said.

Another way is to participate in fundraisers. The next fundraiser is scheduled for 3-8 p.m. May 22 at the Tidal Creek Brewhouse. There will be Ukrainian music, food, educational activities and more, all the money raised will be used to send more supplies.

Sliuraneko said community support is not taken for granted.

“From the Ukrainian community, Ukrainians back home, a big thank you,” she said. “We are grateful for the American support.”

You can also show your support by signing a petitiondonate or volunteer through the group website.