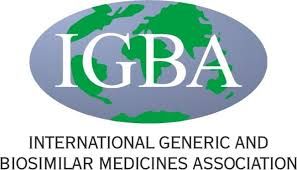 The International Generic and Biosimilar Medicines Association has named a new president to lead the manufacturers’ trade association over the coming year.

Vivian Frittelli, MBA, ACIS, CEO of Generic and Biosimilar Medicines of Southern Africa (GBM), succeeds Sudarhsan Jain, Secretary General of the Indian Pharmaceutical Alliance. Frittelli was also president of the IGBA in the past.

GBM is also a trade association representing manufacturers and distributors of pharmaceutical products in South Africa. The group has placed expanding access to biosimilar and generic medicines at the center of its efforts. Biosimilars are as safe and effective as the brand name products they refer to.

Frittelli has approximately 25 years of experience in the pharmaceutical industry. He previously led the marketing and sales division of Hoffmann La Roche in South Africa and later became country manager for Roche in Saudi Arabia. He was also the Regional Director of the Smile Train, which strives to bring surgical attention to children with cleft lip and palate in the Southern Africa region.

IGBA has worked with the World Health Organization to reduce clinical trial requirements for biosimilar development, so that unnecessary biosimilarity measurements can be replaced with more modern and reliable means of verifying equivalence. with reference products. Jain stepped into the role of IGBA President in January 2021.

“Despite these disruptive times, tangible progress has been made under the WHO-IGBA Memorandum of Understanding, which has enabled IGBA to submit its application for WHO Non-State Actor status, which aims to increase global access to affordable quality treatment,” Jain said in a statement. .

Under Jain, the IGBA in 2021 issued a white paper develop a plan to expand access to generics and biosimilars worldwide, calling for fair patent and litigation systems, harmonized regulatory frameworks across international borders, and support for new technologies and development new medicines, in the form of allocations for financial support for development.

“I am very happy to take on the presidency of IGBA for the second time and look forward to building on the strong leadership of Sudarshan Jain,” Frittelli said.