Governments around the world continue to impose COVID measures, 2 years after the start of the pandemic 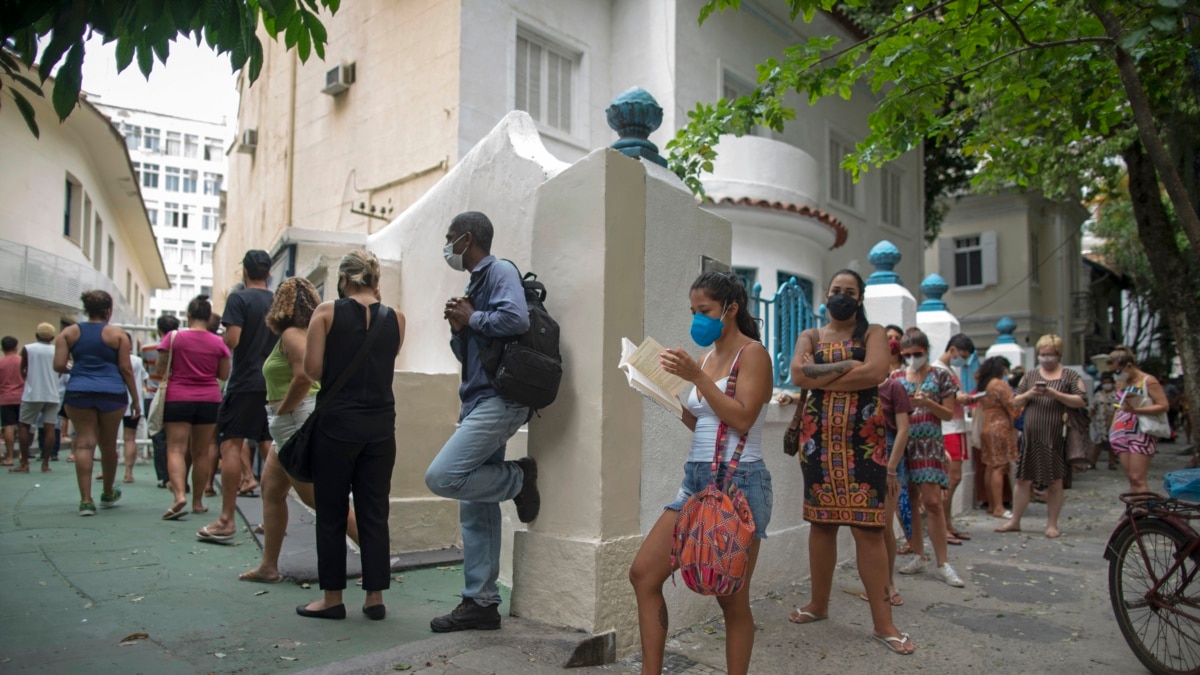 Governments around the world continue to impose COVID measures, 2 years after the start of the pandemic

Exactly two years after the World Health Organization issued an alert regarding “a cluster of pneumonia cases of unknown cause” in the central city of Wuhan in China that has evolved into the global COVID-19 pandemic, the The world is now struggling under the weight of the rapid omicron variant of the coronavirus that triggered the disease.

In Brazil, a wave of new COVID-19 cases triggered by the omicron variant has prompted authorities in Rio de Janeiro to cancel its iconic Carnival street festival for the second year in a row.

Rio Mayor Eduardo Paes announced the cancellation on Tuesday in a speech broadcast live online. Paes said the “nature” and “democratic aspect” of the carnival makes it impossible to control the potential spread of the virus.

But Paes said the traditional procession of Rio’s samba schools into the city’s Sambadrome stadium will take place next month, as authorities impose mitigation efforts to prevent the virus from spreading among spectators.

In Hong Kong, chief executive Carrie Lam on Wednesday announced a two-week ban on flights from eight countries to mitigate a possible fifth wave of COVID-19 infections caused by omicron. The ban on inbound flights from Australia, Britain, Canada, France, India, Pakistan, the Philippines and the United States goes into effect on Sunday.

Authorities at the semi-autonomous Chinese financial center are keeping around 2,500 passengers from a Royal Caribbean cruise ship aboard the ship after discovering that nine passengers were close contacts of an omicron cluster in the city. The Spectrum of the Seas returned to Hong Kong on Wednesday, just days after leaving on a short cruise. The nine passengers were removed from the ship and placed in a quarantine center, where they all tested negative. The remaining passengers and the ship’s 1,200 crew members will need to undergo testing before being allowed to disembark.

Italy also imposed new measures to fight the virus, announcing on Wednesday that vaccination against COVID-19 will be mandatory, with immediate effect, for people 50 years and older. This requirement will remain in place until June 15, according to Reuters.

Overwhelmed by a new wave of coronavirus infections, Italy is one of the few European countries to announce such a measure.

Since February 2020, when the pandemic began in Italy, the country has reported 138,000 deaths from the virus, the second highest death toll in Europe after Britain.

Meanwhile, the United States Centers for Disease Control and Prevention (CDC) has added the Caribbean island nation of Aruba to its list of destinations considered to be at “very high” risk of exposure to COVID-19. The CDC designates any destination with more than 500 cases per 100,000 population in the last 28 days as “level 4”.

The CDC issued a statement on Tuesday on its controversial new guidelines for people infected with COVID-19. The federal agency was criticized last week when it reduced the quarantine period for infected Americans from 10 to five days as long as they were free of symptoms, while also saying testing was not needed after that. five day period.

Independent health experts have urged the CDC to revise the guidelines to include a recommendation to order testing after the five-day isolation periods amid the ever-growing omicron outbreak. But the agency instead released documents supporting its new recommendations, while saying rapid home tests are not a reliable indication that a person is no longer contagious.

The CDC recommends that people wear face masks everywhere for five days after being released from isolation.

The United States also hit a record single-day COVID-19 case count, with more than one million infections reported on Monday, according to data compiled by Johns Hopkins University.

The record high comes as the country continues to battle the omicron variant, leading to rapid infection across the country in the aftermath of the holiday season.

Leading US infectious disease expert Anthony Fauci warned on Wednesday that Americans could not be satisfied with the spread of the virus, saying that while the omicron variant is less severe, it could still overwhelm the nation’s healthcare system.

“[Omicron] could further stress our hospital system because a certain proportion of a large volume of cases, no matter what, is going to be serious, â€Fauci told reporters during a White House briefing.

COVID patient hospitalizations have risen 45% in the past seven days and remain at more than 111,000, a rate the country has not seen since January 2021, according to Reuters.

Some information for this report comes from The Associated Press, Reuters, and Agence France-Presse.