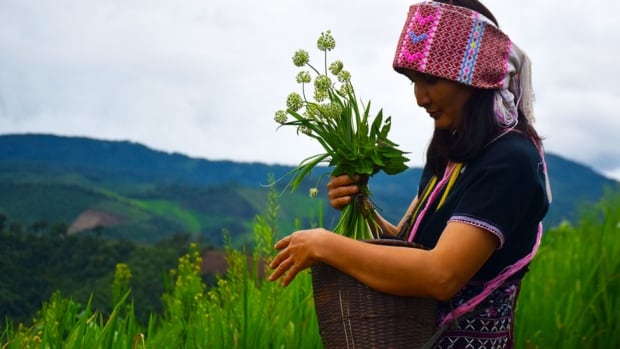 A project based at the University of Alberta aims to follow the wisdom of a Whapmagoostui Cree elder from Quebec – if the land isn’t healthy, how can we be?

To halt the decline of biodiversity and improve the health of indigenous peoples, the Ărramăt project is a collaboration of more than 150 Indigenous organizations and governments around the world.

It aims to be Indigenous-led, combining traditional knowledge with Western scientific disciplines. The federal government recently provided the six-year project with $24 million in funding.

“Often, indigenous peoples around the world are seen as activists or traditional knowledge holders, but they are often not integral to the research team,” said Kim Tallbear, a professor in the Faculty of Indigenous Studies at the University of Alberta and one of the study’s collaborators.

Tallbear runs Aboriginal summer schools in genomics — the study of a person’s genes.

With the Ărramăt project, she hopes to expand her training program into more remote communities for indigenous students to learn laboratory science, making science more accessible.

“Indigenous peoples are location-based and we don’t always want to move around the world.”

The term Ărramăt describes a state of well-being shared by the environment, animals and humans.

It comes from Tamasheq, an indigenous language spoken by the Tuareg people whose ancestral lands include parts of Algeria, Burkina-Faso, Libya, Mali and Niger.

Tallbear said biodiversity and the health of Indigenous peoples go hand in hand, as many cultures depend on the land to survive.

About a million animal and plant species are threatened with extinction, many of which are expected to disappear within decades, according to a 2019 report used by the United Nations.

While Indigenous peoples make up less than 5% of the world’s population, about 80% of Earth’s biodiversity is found on traditional Indigenous territories, according to a press release from the University of Alberta.

9:33Examine the link between biodiversity loss and Indigenous health

We’re talking with researchers at the University of Alberta about a project to better support Indigenous researchers around the world. 9:33

“Indigenous health is not just the health of the body that we usually think of, but we also talk about emotional health and cultural health,” she said.

Other research on the global project involves work by the Peruvian Potato Park, which examines farmers’ ancestral knowledge to identify genetic strains that could help the crop survive intense droughts, floods and frosts. Up to 4,000 varieties of tubers grow in the country.

Potatoes were domesticated around 7,000 years ago by the indigenous peoples of Peru and Bolivia.

Another project involves collaboration with Ugandan researchers, who are working with the Batwa community to help them claim their rights and harvesting opportunities in the Bwindi Impenetrable National Park, which was established to protect the Batwa people. endangered gorillas in the 1990s.

“But in doing so, they have effectively excluded or displaced the Batwa, who are among the poorest indigenous peoples in the world,” said Brenda Parlee, one of the Ărramăt project’s lead researchers and associate professor of environmental sociology at the U of A.