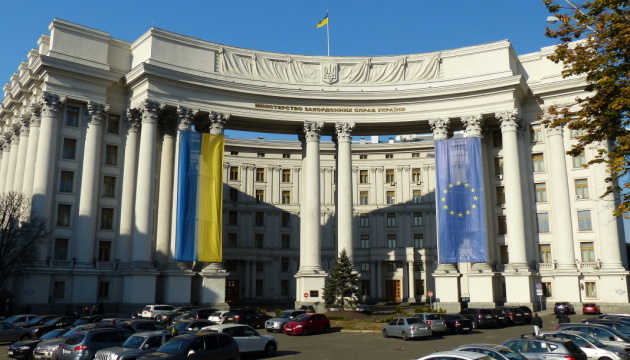 “Ukrainians, you are the heroes of this world! We will continue to help you’. These are the words of one of the foreign ministers of the G7 countries, and all the ministers agree with these words – Germany, the United States, Canada, France, Great Britain, Italy, Japan,” Ukrainian Foreign Minister Dmytro Kuleba said, Ukraine’s Foreign Ministry posted on Facebook, Ukrinform reports.

“In order to help Ukraine, a number of countries are making decisions that were impossible five days ago, changing their laws to speed up decisions in Ukraine’s interest, the whole world is watching our struggle and we encourages,” he noted.

As stated, the European Union will close the skies to Russian planes due to its large-scale aggression against Ukraine.

Martial law was imposed in Ukraine and a general mobilization was announced.

According to the Ukrainian Ministry of Defense, Russia lost 4,300 servicemen during the three days of the war.

Ukraine has officially filed a complaint against the Russian Federation before the United Nations International Court of Justice in The Hague.