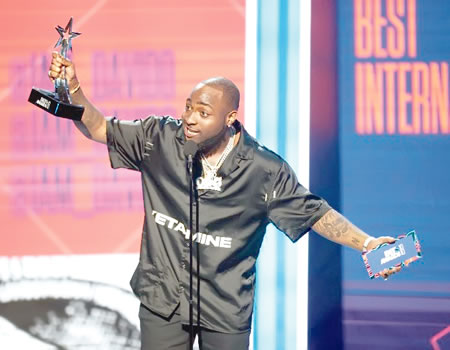 Nigerian pop star Davido won the Best International Act at the BET Awards on Sunday and encouraged collaborations between American and African musicians. Davido, during his acceptance speech, thanked his fans around the world and said that the African continent is so blessed. He took the opportunity to solicit international collaborations between musicians from all over the world.

Davido is surely having a roller coaster year with a string of hit songs, feature films and hit accolades. He hinted that an album was going to “shake up” the industry.